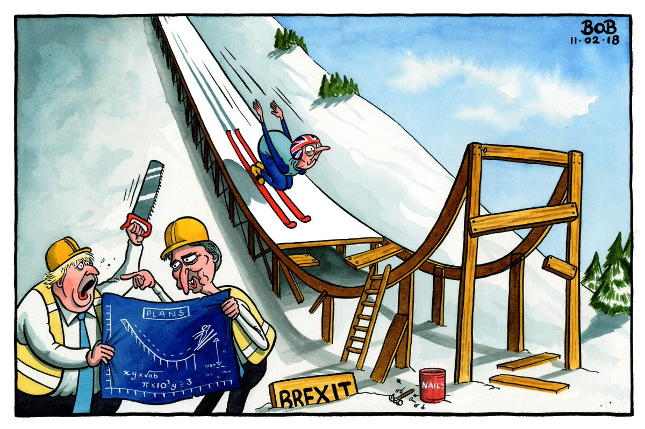 Brexit ahead! Brace for Impact!

It’s that time of the year, when house-hunting begins, as many EU and International students, myself included, seek to find the ideal home for the new academic year ahead. This year, however, some new rules are introduced into the game, as the Brexit transition period is near the end. What is to expect, remains yet unknown, but what follows is a simple and clear approach with the best steps of a smooth transition for you!

What is going on with Brexit?

It’s like nothing has changed after an 11-month transition period, where the UK had the same treatment and followed normally the EU regulations, similarly to all other member countries. However, on the 31st of December, the UK must leave the EU with or without an agreement. This means that if the UK leaves with an agreement many of the existing benefits, like no-tariffs and free passage to and from EU countries, might remain the same, but what happens in the no-deal scenario? Then the UK and the EU will have to trade on World Trade Organisation (WTO) rules, which implies that charges on goods bought and sold amongst the two sides will be introduced, causing prices on certain products to rise.

What does the housing market get to do with that?

Not many things will change in the housing market, as demand for houses remains around the same levels as last year. Even so, in certain cases due to the uncertainty surrounding Brexit talks, the value of the British pound against Euro decreased by around 10%, compared to the same period last year, resulting in a small increase in the number of accommodation bookings as it costs less for EU students to convert euros to pounds now.

The major change though, that you will need to consider is what documentations are required before you sign your contract and what to do before the 30th of June 2021.

What documentation do I need?

Every student, no matter where they are from, need certain documents that prove to the Landlord that you are who you claim to be. The most important of them is an identification document of yourself together with a proof of your current UK address. This can include a bank letter, home utilities bill or an official document that has your name and address written on the same page. Secondly, you need proof of your student status to avoid paying any government taxes. This is usually a letter that can be obtained from the University which is signed by a certified member of the staff. Occasionally, depending on your Landlord you might need a reference letter from your previous landlord where it suggests that you have been a respectful tenant.

What new documents will I need this year?

This year, however, it is really important that you apply for another type of document which shows what is your current living status in the UK. This kind of documentation can be obtained for free through the UK government . It is necessary to register for a settled or a pre-settled status before the 30th of June to continue living and working freely in the UK, as you do now, enjoying public services and benefits. Due to the high volume of applications, this process can take from 2 weeks to a couple of months so it’s better to start early than late. In case you miss the deadline for this, then you would be required to apply for a student visa that comes with extra charges and much fewer benefits, so I suggest you do it as soon as possible.

What will be the impact on my everyday life after January and how to prepare?

In either case of a deal or no-deal Brexit some major changes will be observed across borders and in most paperwork procedures for EU nationals:

Ø  Travel rules are changing, so better check the expiration date on your passport, and that you have health insurance and the right driving documents

According to the latest reports from Brussels, the possibility of a no-deal Brexit is relatively high as there are major gaps between the two sides. Thus, these are some of the key aspects to consider for the future:

Ø  Some of your favourite items which are manufactured and delivered from the EU might seize to exist on the store shelves, so better find an alternative or rush to buy them while they still exist

Ø  Before every flight check what documents are required because things are volatile until a solution is reached.

"My name is Kyriakos Vassilas and I am a StudentAmbassador for HYBR. I recently joined HYBR, since I feel that we can revolutionise the housing industry in the UK, as it benefits both landlords and tenants making the renting process hassle-free at a much lower cost. At the same time, I am studying Civil Engineering at the University of Bristol, with an interest in infrastructure and foundation design. In 2018, I graduated from theEnglish School of Nicosia where I was a founding member of the AstronomySociety while achieving the Gold Duke of Edinburgh award. While in school, I won the Sustainable Land use award from the Climate Launchpad Global competition while getting the first place in the National Finals of the Junior achievement competition with my team. I especially love volunteering and helping others to achieve their full potential thus I joined the Red Cross and the EU solidarity corps. I enjoy playing Basketball and mountain hiking as it helps me connect with nature and its hidden beauties.”

HYBR is an award winning business lettings company started in Bristol. We pride ourselves in having complete transparency, with no hidden costs, and in providing our clients with full support all through the rental process. At HYBR we are committed to finding students their dream accommodation at various locations across the UK, so don’t hesitate to et in touch if you’re looking for university accommodation.